I know that it’s been awhile since I’ve shared on the blog, and the truth is – I just forget. Bad bad bad Brooke… I know. I’m trying, let’s make this work – and today we’re going to have STORYTIME!

So imagine you’re all gathering around, let’s sit in some super comfy chairs with a cocktail or a coffee, a fancy sharkcoochie board, and I’m going to tell you something that I really, REALLY want you to hear, embrace, and LIVE in your lives.

I realized the other day that I have shared this story a LOT with my clients, but never publicly. And while the story has a female focus, it really applies to ALL humans, because of the crazy world that we live in.

Years ago, I was the girl that would say “ugh eat a cheeseburger” – whenever I saw a super thin woman. I’m not proud of it, but it was me, and it was especially true around high school. I never teased people or said mean things to them, but I felt it in my brain. I had been a thick woman since… 5th grade? I don’t know – for a long time – and so I thought that skinny women had it ALL. They were successful, happy, loved, and had zero problems!

Because we are ALL looking at others and thinking that they have it so much better, right?

When I started specializing in boudoir in 2009, I had grown up a bit and matured, and didn’t have the disgust that I used to have, but still had that thought in the back of my head – skinny women have zero problems. They don’t think awful thoughts about their bodies, they don’t spend their brain power on hating their bellies or thighs, and they’re obviously so much better off because of it.

THEY HAVE IT SO MUCH EASIER THAN I DO!

Sidenote – do you ever look back on yourself with partial contempt and partial pride? Contempt because you’re like damn I can’t believe I was like that and pride because DAMN I’ve grown!

Back to the story – I had a client around 2015ish that changed ALL of that for me. And it’s so funny because after she came in, I had SEVERAL women that affected me greatly.

Now to be clear, she has given me permission to share this story, because you all know how careful I am about sharing stories that aren’t mine. My clients share things with me that affect me deeply, and all of these stories really color what I do, my WHY, and the things that I believe.

This woman came in with a size 00 – I didn’t even know that was a THING y’all – a DD chest, blond hair, gorgeous face, 6 feet tall – she was basically Barbie incarnate. And this was NATURAL – she had zero plastic surgery or modifications. She was exactly what our culture had told me was beautiful for my entire life.

I spent hair and makeup with her and as usual, we talked about family, life, and everything in between. Usually in these conversations, some personal stuff comes up – sometimes marriage, relationships, family, past trauma, etc. – and in this case, she shared that she had been mercilessly teased when she was younger.

Okay I’ve typed this out… and realized that we need some facial expressions and tone of voice, so I recorded a video for you instead – because you need this in your life. Even if YOU are comfortable with where you’re at, you might need this message to share with someone else.

Watch the video for the rest of the story, then please, share this video, this link, this article with someone who needs it.

And to appease the Google SEO and visually appealing gods who probably want more than just a video of me, here is a photo from a gorgeous client from earlier this year, with my new candlesticks. 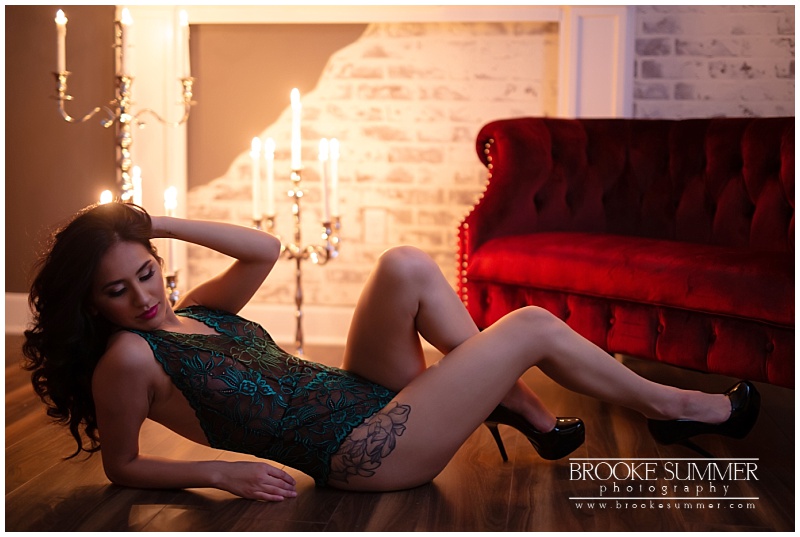 If you haven’t booked your session yet, why the heck not? Click here to contact me and get your session booked – the end of the year is filling VERY quickly.

Wednesday is hump day - and you all know how much

"Nothing makes a woman more beautiful than the bel

You only live once, but if you do it right, once i

Still just watching? How about dipping your toe in

The qualities I most admire in women are confidenc

What do you get when you cross a somewhat boring d

You were born to be real, not to be perfect - Ralp

The most beautiful thing a woman can wear is confi

Most of my clients tell me they're not photogenic,

The woman who is confident in her beauty, will be

A girl should be two things, classy and fabulous -

Free guide, How to Look Amazing in Photos!
Want the inside scoop? Enter your email below and grab my FREE guide on how to look amazing in photos. It is filled with tips and tricks, so you can avoid having to untag yourself in a horrendously bad social media photo again. Or, just laugh with me at shenanigans and get early access to events, model calls, and awesome goings-on. Either way, come join us. We have cocktails.

Want your free guide? Continue below!
Your information is never sold or shared with another party!
Free guide, How to Look Amazing in Photos!
Go to Top