Every year a new year comes – it is consistent and the date never changes, yet it seems to sneak up on us every year. With the new year, a lot of people make resolutions. Personally, I don’t care for New Year’s Resolutions because they seem to be tossed aside all too quickly. In 2008, I was an avid follower of the talented Mrs. Ali Edwards, and read about her One Little Word. The way that she explained it made a ton of sense to me, and the words that were listed really resonated with me. The idea of focusing on one particular word instead of making a list of resolutions to keep seemed not only easier, but more attainable. After all, there’s no way to completely screw up a word. If you screw up, you just keep going with that word. You don’t completely scrap it, like so many people do to their resolutions.

So I started choosing a word. I’ve been looking back through old blog posts and scrapbooks, trying to find the previous words, and I have filled in most of them, but am still missing 2009 and 2010. 2008 was Independence, and I even pulled an old post from my archived blog to keep them all in one place, you can read more about it here. 2011 was Confidence. 2012 was Action, you can read about it here.

Looking back onto 2012, I can honestly say that I forgot about the word. Horrible, right? It’s not that I didn’t want to use it or think about it, I just completely forgot about it. When the year was coming to an end, I actually had to go back to the blog post to look up the word. BAD Brooke! Even though I forgot about the word throughout the year, I kept reminding myself to take action. Overall, I can say that 2012 was definitely a year of action. A year of action in ways that made me very uncomfortable and forced me to step out of my comfort zone. Not in a bad way, but action in forms that helped me to grow as an artist, a businessperson, a wife, and a mother. 2012 was definitely a year of action, even if I forgot to consciously think about the word in the One Little Word sense.

This year not only have I chosen a word, but I am DETERMINED to remember it and focus on it. To think about it, and think about how I can apply it in my life and in my business. To prove it to you and to myself, I even printed it out and have it hanging next to my monitor. I even took a quick phone photo to prove it: My One Little Word for 2013 is Sticktoitiveness. Yes, I realize that Chrome doesn’t like the word, and is telling me that it’s spelled wrong. It sounds like a word that I made up, and I admit that there are times that I make up my own language. Brooke-ese. Or Brooke-ish. Or as I like to call it, Awesome-ese. Tom disagrees with that one though. I swear I didn’t make this up though! I was trying to think of a word to define follow-through. A word to describe wanting to continue moving forward, not only finishing what I start, but growing in the process. To KEEP GOING even when things are difficult or don’t really go the way that I want them to go.

And to prove that it’s not a word I made up, here are some definitions that I found:

It might be an odd word, but it seems to sum it up. Dogged perseverance, resolute tenacity, persistence, determination. 2013 is my year for Sticktoitiveness. To be the best wife and mother that I can be, but to forgive myself mistakes. To grow in my business as an artist and a business person. To be a better person overall and affect people in a way that leaves them feeling better about themselves. To stick to whatever I’m working on, even if it’s difficult.

What is your goal, focus or resolution for 2013?

Quick, don't think! What do you like best? Art fe

"The realization that limitations are imaginary wi

Happy Tushie Tuesday! Check out the link in the bi

This gorgeous college student had never had a prof

I love hearing your opinion! Color or black and w

Whether you are booking your session as a gift for

OOoOOooo did I really just post that? YUP. Why wou

"Accept who you are and revel in it." -Mitch Albom

Quick, don't think! What do you like best? Thunde

Happy Tushie Tuesday! Check out the link in the bi

Advice from one woman to another about boudoir ses

Free guide, How to Look Amazing in Photos!
Want the inside scoop? Enter your email below and grab my FREE guide on how to look amazing in photos. It is filled with tips and tricks, so you can avoid having to untag yourself in a horrendously bad social media photo again. Or, just laugh with me at shenanigans and get early access to events, model calls, and awesome goings-on. Either way, come join us. We have cocktails. 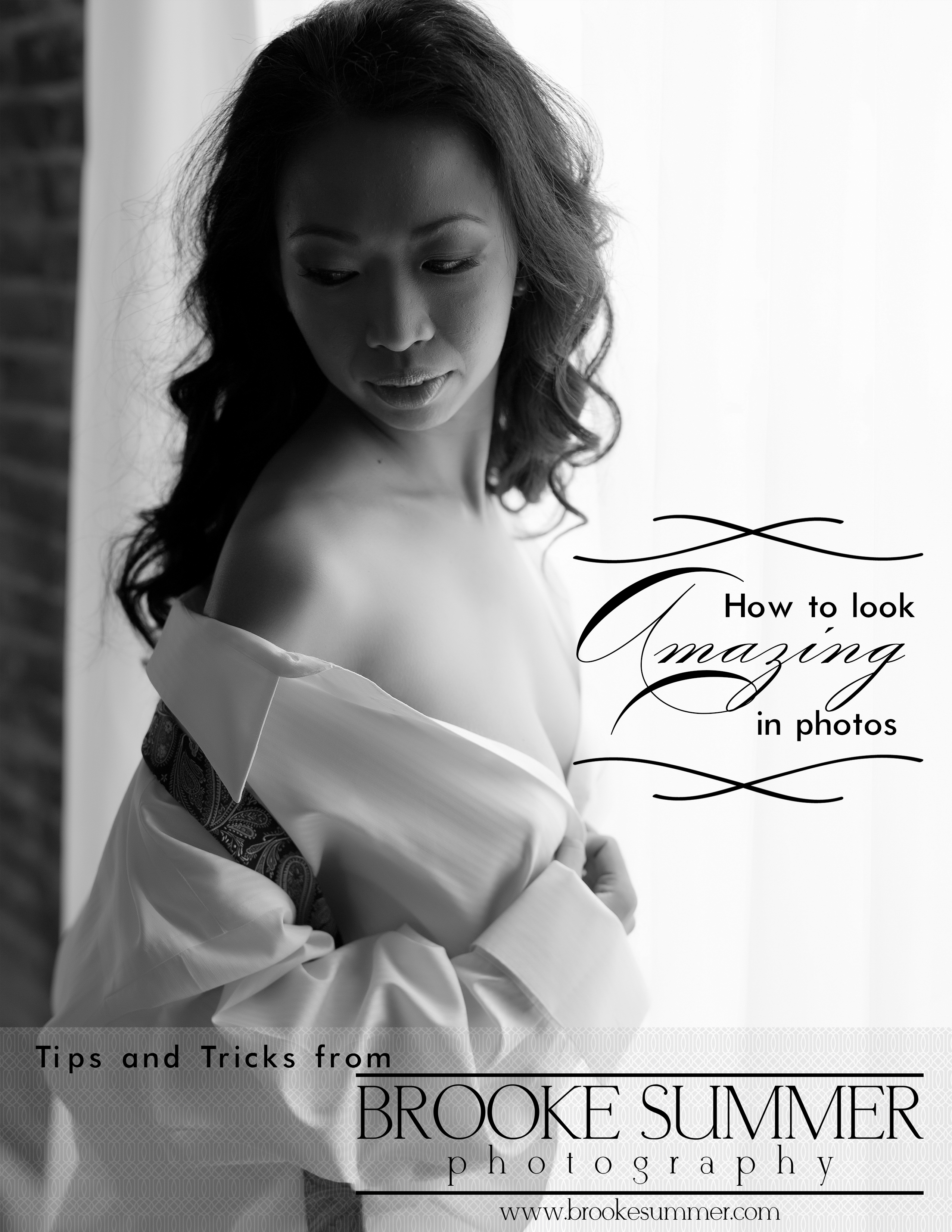 Want your free guide? Continue below!
Your information is never sold or shared with another party!
Free guide, How to Look Amazing in Photos!
Go to Top